You might have noticed in the tutorial that the generated starter .ufo folder contains 3 task definitions a web, worker and clock role. This is a common pattern. The web process handles web traffic, the worker process handles background job processing that would be too slow and potentially block web requests, and a clock process is typically used to schedule recurring jobs.

These processes typically use the same codebase and same docker image, but have slightly different run time settings. The docker run command for a web process could be puma and the command for a worker process could be sidekiq. Environment variables are also sometimes different. The important key is that the same docker image is used for all 3 services but the task definition for each service is slightly different.

While we can use the ufo ship command to deploy to all 3 service roles individually like so:

You can check on the ECS console and should see something similar to this: 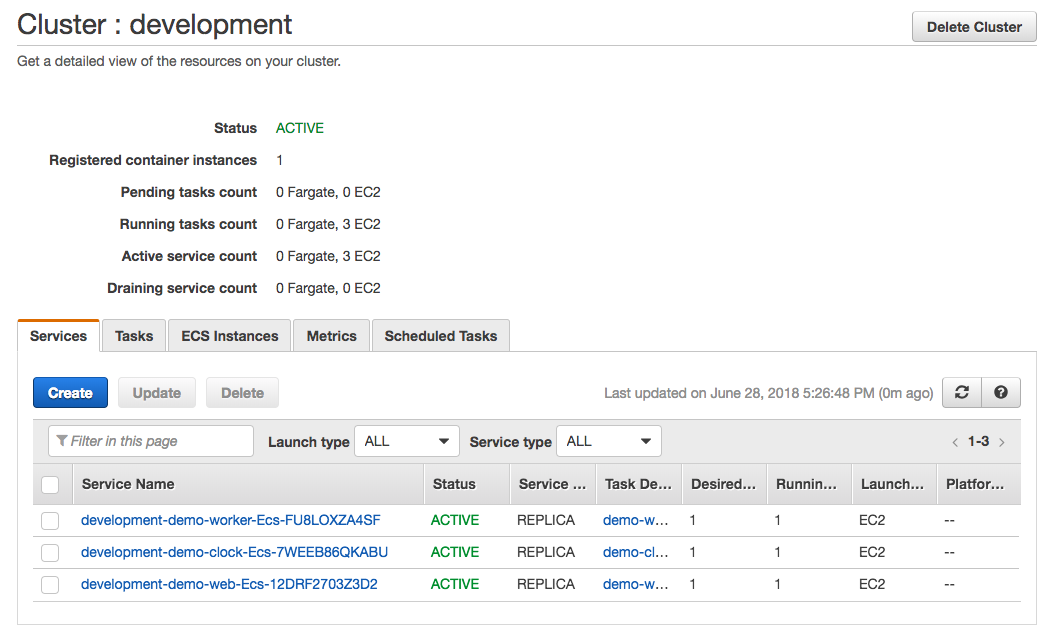 You can shorten the command by taking advantage of shell expansion:

In the case of the ufo ships command the --wait option defaults to false so that all the specified ECS services update in parallel. You can check on the status of the update on the CloudFormation console.

See a typo or an error? You can improve this page. This website is available on GitHub and contributions are encouraged and welcomed. We love pull requests from you!